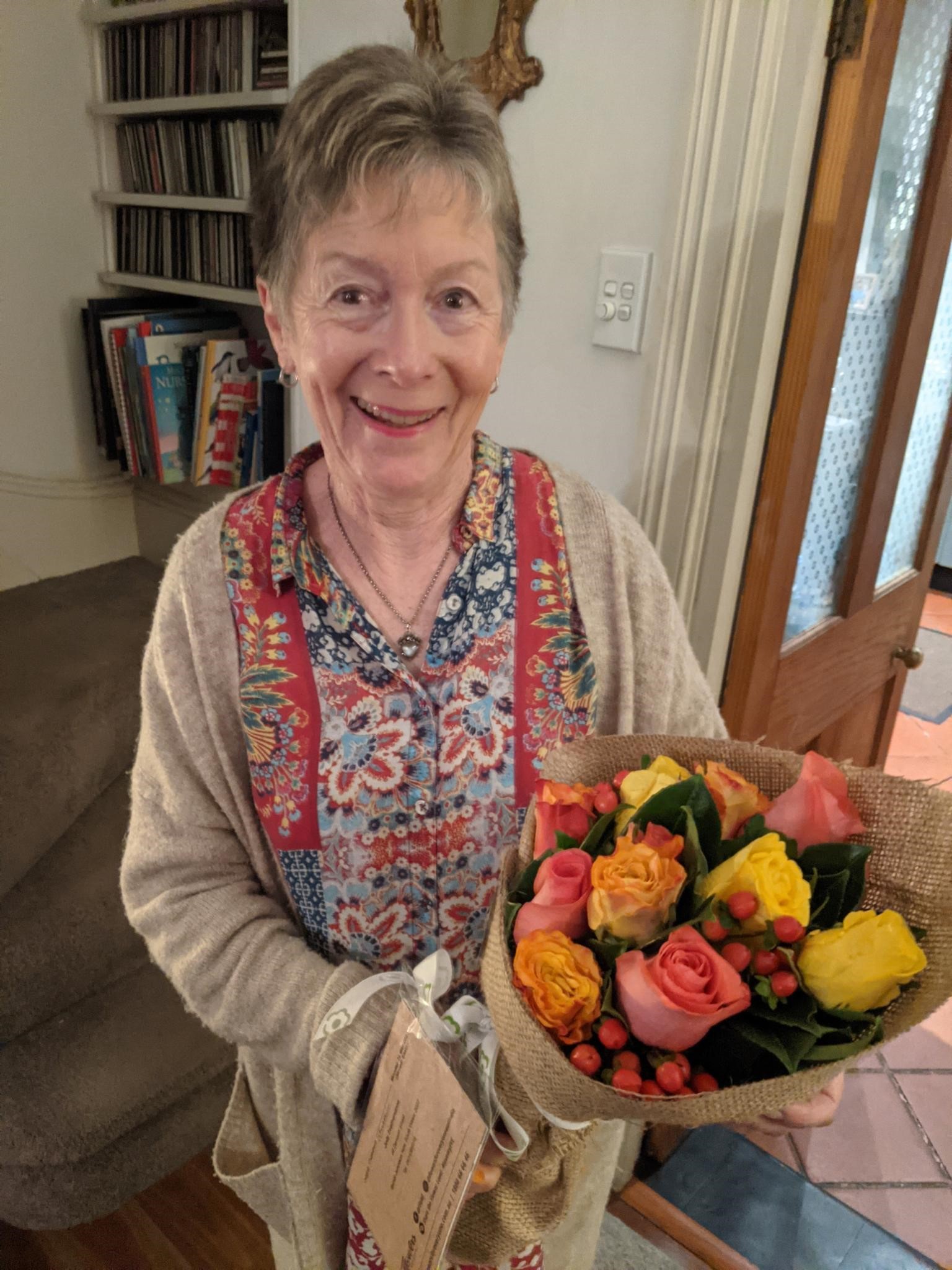 To mark 40 years of MND New South Wales this year, we are highlighting 40 years of stories from our members, staff, volunteers and experts.
You can help MND NSW continue supporting people with motor neurone disease by making a donation here.

Just over a year ago (in 2020), Judy was diagnosed with Motor Neurone Disease.

At first, Judy noticed very mild fasciculations (muscle twitching) in her left arm. She thought it might go away after some rest, massage or even just on its own. One of those silly things that can sometimes happen. But it kept going and wouldn’t go away.

That’s when Judy went to her doctor and they agreed to consult with a neurologist.

Judy had an inkling that something wasn’t quite right. She did some of her own research and decided on her own diagnosis - before getting one from her neurologist.
“I said to my neurologist, ‘Look, I know what I’ve got’,” Judy said.

Although she knew in her heart and mind what was wrong, it was still difficult to come to terms with. An MND diagnosis is a big thing for anyone to face.

After initial tests, Judy’s neurologist put her straight on medication and organised further tests to eliminate other causes for her symptoms. Nothing else came up in the tests so it was almost certain she had MND.

Sadness and anxiety soon set in. She knew her condition was serious but she didn’t really know what it meant or what the future held. What would her life be like in the years to come? Could anything be done to help?

Judy and Jodie meet regularly to keep track of Judy’s progress and talk about any questions or concerns. And if Jodie isn’t available, Judy knows she can just pick up the phone and someone will be there to help.

“At MND NSW, you can always speak to somebody, which is what one needs to do from time to time.” Judy says.

Thanks to Jodie and the team at MND NSW, Judy has been able to see a speech pathologist and focus on strengthening her mouth muscles. She attends exercise physiology where she follows a program designed specifically for her individual needs.

Judy is also part of a clinical trial to help researchers find out more about the causes, treatments and cure/s of MND.

“Every three months we go through all the tests, which is helpful because I know there's a little bit of deterioration. They're very helpful and very lovely, and I'm very lucky to be well supported.” Judy says.

For Judy, her MND is a slow progression and she’s still in the early stages. But she knows it’s only a matter of time until her condition worsens. She notices it most when getting dressed and doing up buttons, something she isn’t very good at anymore.

She also knows that it means one day she will have to say goodbye to her family, probably before she is ready to.

For now, it’s the simple things that mean the most to Judy. Being able to read, listen to music or spend time with loved ones.

“I've got a big family with lots of grandchildren and I have a very caring husband and a lovely dog to keep me company. Sometimes we all feel a bit sad, but all I can say is I want to look at things in a positive way, that I've had an amazing life so far.”

Judy says supporting MND New South Wales is incredibly important to her. “I would say it's vital, because people with this condition don't make a recovery.” She says.

We’re always there for people like Judy - as we have been for 40 years now. Thank you for supporting us and making an incredible difference to people living with Motor Neurone Disease.